In the 1960s, a powerful childhood friendship would form between two seemingly unconnected people, Charles Butler and Billie Leslie. In the years to come, they would discover a deep another connection. Their ancestors fought together on the battlefields of America. 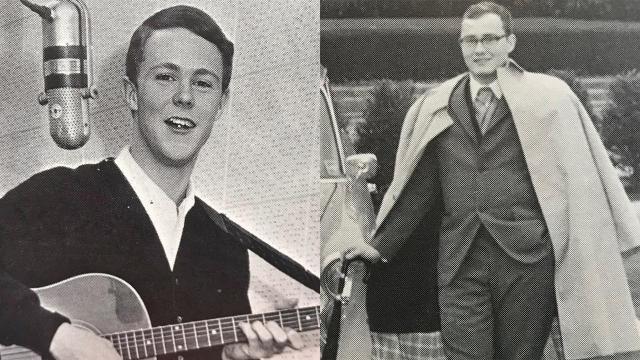 Leslie recently wrote in a WRAL article, “Our shared interests included football, music, and journalism. Charlie was always a good listener and a great storyteller. I used to ride the back roads around Burke County in Charlie’s Volkswagen Beetle. Sometimes we would drive to Lake James where Charlie’s family had a cabin. Other times we would make our way to Gene’s Drive-In for corndogs with mustard and butter pecan ice cream.”

As time would pass they would grow up, go on to work and serve in separate industries, and assumed to be simply bound by their friendship. But that wasn’t the case. “Charlie would later discover that his fourth-great grandfather fought with my multi-great grandfather’s Patriot regiment at the Battle of Kings Mountain near Charlotte,” Leslie said.

With this discovery, Charles encouraged Leslie to join the SAR. Leslie remembered, “After learning about our connection dating back 240 years, my high school buddy recruited me to become a member of an organization called Sons of the American Revolution. This society honors those who helped win American independence. The group also promotes the study of history in public schools. Sixteen U.S. presidents have been members of SAR.”

This past week Bill Leslie was inducted into the Sons of the America Revolution during a ceremony hosted by the St. Petersburg SAR. “I would like to thank Charlie Butler for doing the research that paved the way for my membership. I am deeply honored to be a part of this organization,” Leslie said.

All these years later, their friendship strong as ever, they now know, not only do that have a present friendship, but a historic connection, which just goes to show the power of history, the importance of knowing your roots, and the special role the SAR plays in the remembrance of our American heritage.

You can read the full article by Bill Leslie here. But before you go, Leslie’s extraordinary talent has recently blessed us with “America Is Calling You” a moving ballad about Kings Mountain from his latest album, Storyteller. Please take a few moments to enjoy this true masterpiece of Americana music.

Leslie dedicated the song to Judge Britt, Charles Butler, and to the memory of James Stewart and Charles McDowell.